We specialize in providing custom solutions for challenging applications — such as excessive load cases, uneven floors, and sensitive cargo — that balance safety and ergonomic concerns while meeting exacting engineering specifications.

Northwest Caster is proud to work with a hand-picked list of suppliers, who are best in class for each product category. The relationships we’ve cultivated with our manufacturing partners allow us to offer priority service in supplying pricing, technical drawings, engineering support, and accelerated delivery times.

Please contact us for more information or if you need help with your order. We’d be happy to assist.

We stock the highest-quality products in the world. Learn who engineers them.

Northwest Caster & Equipment was originally known as J.W. Ralston Company and was established in Seattle in 1922. The company primarily distributed lumber carriers and excavating equipment, such as steam shovels, but they also supplied casters and material handling equipment to Seattle’s growing industrial markets.

During the 1940’s, the war effort fueled the company’s growth in caster and material handling equipment sales. In fact, many of the tools used to assemble Boeing aircraft during the war years rolled on casters and wheels supplied by our company.

In 1958, Harlin Drake and his longtime friend Ted Hagen purchased the company and changed its name to Drake & Hagen Company. The partners purchased a small building on Market Street in Seattle’s Ballard district to serve as their storefront.

In 1970, Mr. Hagen retired, and Gerald McDonald became a partner. Renamed Drake & McDonald Company, the business grew to supply the caster and material handling needs of businesses throughout the Puget Sound region.

In 1976, Mr. Drake’s son-in-law, John Colvin joined the business. After the retirement of both former partners, Mr. Colvin purchased the company and became the sole owner. In 1995, the company purchased, renovated and moved to a building in Seattle’s historic Fremont district.
In 2000, the company changed its name to Northwest Caster & Equipment to more accurately reflect the nature of the business and its growing regional focus.
John Colvin retired in 2001 and his son, Steve, subsequently acquired all company shares and became sole owner. In 2014, the company re-located from Seattle to the Paine Field area in Lynnwood, WA.
Northwest Caster & Equipment is privileged to support a growing group of loyal customers who share the company’s values, appreciate competitive pricing, on-time deliveries, and a high level of technical expertise and personal service.

Northwest Caster & Equipment’s experienced executive team offers more than 100 years of collective industry expertise. We are committed to offering the highest standards of technical and personal service to our valued customers.

Steve Colvin joined Northwest Caster & Equipment in 1991 after working in higher education and the financial services industry. In 2001, Steve succeeded his father, John, as company president. He has led the evolution of Northwest Caster from a local, retail supplier to a nationally renowned company with a growing customer list, particularly from the aerospace industry. Steve is a former board member of the National Caster Alliance.

Richard Morton joined Northwest Caster & Equipment in 1992 after spending the previous 13 years with Dunn & Company, a material handling distributor in California. His extensive industry experience is on display each day as he works closely with customers and manufacturing partners to provide unique solutions to mobility problems. Richard serves as the company’s Senior Accounts Manager and is the “the early bird” of Northwest Caster, arriving every day at 4:30 AM for a head start with customers and suppliers in the Eastern time zone. 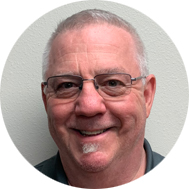 Kari Graham joined Northwest Caster & Equipment in 2005 with extensive experience in banking and customer service. Initially joining the company in an accounting role, Kari’s responsibilities grew to include purchasing and inventory control. She now serves as Director of Operations, while contributing to the inside sales team. 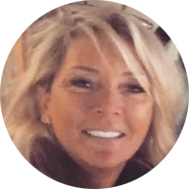